The CAS Board of Directors would like to share with you an additional official public statement regarding the telecast of the 94th Academy Awards:

The Cinema Audio Society Board of Directors urges The Academy of Motion Picture Arts and Sciences to use these last remaining days before their 94th Academy Awards ceremony to choose the bold and courageous path of inclusivity by respecting and presenting all categories live.

Reunite yourselves with your membership of “10.000 plus accomplished individuals working in cinema” and reaffirm the stated commitment to “recognize and uphold excellence in the motion picture arts and sciences” by equally celebrating ALL filmmakers in the live telecast, unedited, in front of the full assembly of their peers. #presentalI23

-The Cinema Audio Society Board of Directors

The Association of Motion Picture Sound urges The Academy of Motion Picture Arts and Sciences to revoke the decision to move the presentation of eight award
categories outside the main broadcast event, as in doing so these categories are marked out as somehow less important “second-tier” skills.

There is a clear desire for this decision to be reversed amongst every aspect of the filmmaking community. The Academy aims to promote “excellence in the motion picture arts and sciences” with no mention of hierarchy. This decision undermines the important principles of inclusivity and diversity and sends a disappointing message to young viewers who may dream that one day they might win an Oscar.

These categories include crafts and skills that are at the very core of filmmaking. As sound professionals we are acutely aware that many people go to the cinema to watch a film because of the sound – they cannot get that experience at home. We again ask The Academy to take the right decision here with confidence and reinstate all categories and restore equal status. #presentalI23 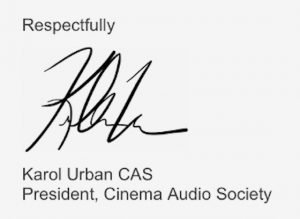 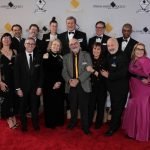 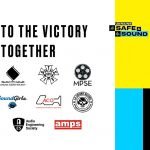