“It’s truly an honor to announce the selection of Anna Behlmer by the CAS for our Career Achievement award at this year’s 54th Annual CAS Awards,” said CAS President Mark Ulano. “Anna is a world-renowned re-recording mixer with a huge portfolio of iconic credits. Her long-time collaborations with filmmakers and her work on over 150 projects is a testament to her excellence and creativity. She’s been nominated a dozen times for the prestigious CAS award for her outstanding mixing work and is also multi-nominated by her peers at the Academy of Motion Pictures Arts and Sciences and the British Academy as well, signifying the very high regard with she is held among her peers. She is a beloved figure and I take great pleasure in announcing the CAS’ recognition of Anna and her terrific body of work.”

Behlmer, who grew up in Hollywood not far from Glen Glenn and Todd-AO, is a first-generation American, the daughter of Italian immigrants. Growing up she used to walk to Hollywood Blvd. to go to the movies, sometimes to a double feature. She loved movies from the Disney films of her childhood to the B movies of her teenage years. Film was a big part of her life, but she never thought she would be involved in the film business.

In college, she started dating a sound engineer who worked at Ryder Sound in Hollywood. “I spent a lot of time there visiting him and, while I was there, I helped load dubbers and tried to help out any way I could. Gary Bourgeois was the mixer there at the time and he said to me ‘You should get yourself a union card’. Since I was a bit bored with school, I pursued getting in the union. I was advised to go to Glen Glenn Sound because they had two women working there, and a woman in charge of scheduling and hiring crews. I walked into Jan Olson’s office and asked her to help me, and she said yes,” recalled Behlmer.

Her first call was on the Paramount lot working on Laverne and Shirley and Happy Days as a Y-15 loader. She then went to work in the new Glen Glenn building on stage 2 doing mostly TV and was promoted to recordist working with Bourgeois when he came to Glen Glenn. Glen Glenn merged with Todd-AO and they developed a mixer training program. In 1989, with the encouragement of JR Delang, Chris Jenkins, and Bourgeois, Behlmer joined the program. There were no female re-recording mixers at that time. “I never looked back I found something that was fun, that I loved doing and that I had an aptitude for,” said Behlmer. She stayed at Todd-AO and worked with the great Richard Portman for several years. After working with Portman, she began an almost 20-year collaboration with Andy Nelson which started at Todd-AO in 1993 an ended at Fox in 2012.

In 1996, Behlmer became the first woman to be nominated for an Academy Award in the Sound Mixing category for Braveheart.  The following year there was a second Oscar® nomination for Evita.

Fox was opening new stages in 1998 and Behlmer moved over to Fox where she mixed for the next 14 years. During that time, she added eight more Oscar® nominations for L.A. Confidential, The Thin Red Line, Moulin Rouge!, Seabiscuit, The Last Samurai, War of the Worlds, Blood Diamond and Star Trek. Additionally, she’s received six BAFTA nominations (with three wins), 12 CAS nominations and five Satellite Award nominations.

In 2012 a new and exciting opportunity came her way, to be involved with the new Technicolor facility at Paramount. She now works about 50 feet from the place where she had her first call on Laverne and Shirley and Happy Days. She has come full circle, and that engineer she was dating is Curt – her husband of 33 years.

Behlmer is a long-time member of the Academy of Motion Picture Arts & Sciences and has served several terms on the Sound Branch Executive Committee. She resides in Studio City and is an avid runner, skier and golfer. 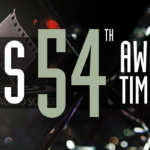 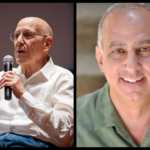