“I am delighted to announce the selection of Tom Fleischman by the CAS for our Career Achievement Honoree at this year’s 56th Annual CAS Awards,” said CAS President Karol Urban. “Tom is a world-renowned sound mixer with a portfolio of over 190 films and over 20 television projects. He has won seven CAS awards and garnered another 6 nominations. His unique and excitingly expansive career has also led him to receive an Oscar as well as multiple Emmys. It is hard to be a fan of the small or large screen without having experienced the work of this talented sound artist. Whether collaborating with Martin Scorsese or mixing rare footage of some of the world’s most renowned musical artists, Tom is a powerhouse professionally as well as a true citizen of his community.  He shares his passion for sound with all around him and generously gives back to his community as a board member and mentor to the next generation of professionals. It is with great pride and enthusiasm that I announce the selection of Tom Fleischman for this honor.”

Upon hearing the news that he was to receive this, the highest honor of the CAS, Tom said, “I am thrilled to be receiving this honor. The recognition of my peers is the greatest gift I could ever receive.”

Tom Fleischman was born and raised in New York City, the son of legendary film editor Dede Allen and television documentary writer/producer/director Stephen Fleischman. Although Tom began his career in 1969 as an apprentice film editor, it was not until he went to work for Image Sound Studios in 1971 that he became truly interested in sound. At Image Sound, he began by cataloging and creating a sound effects library and recording sound effects and foley.

In 1973 Tom joined Trans/Audio Inc. where he worked in the transfer department and was given the opportunity to begin mixing under the tutelage of the well-respected New York re-recording mixer Richard Vorisek.

In 1979, he mixed his first commercial feature film, Jonathan Demme’s “Melvin And Howard”, and in 1981 he and Dick Vorisek were nominated for an Academy Award for Best Sound for their work on Warren Beatty’s “Reds”.

While at Trans/Audio he also first worked for Martin Scorsese and Thelma Schoonmaker doing temp dubs on “Raging Bull” and then joining Dick Vorisek on the mixing of “King of Comedy”. This began a career-long collaboration with Scorsese which continues to this day. In 1985 Tom moved to Sound One where he continued to develop long-term working relationships with many other great directors, including Jonathan Demme, Spike Lee, John Sayles, David Frankel, Oliver Stone, and Ron Howard, and earned 4 more Academy Award nominations for Demme’s, “The Silence of the Lambs” (1991), Martin Scorsese’s “Gangs Of New York”(2002), “The Aviator” (2004), and “Hugo” (2012) for which he also won the Oscar and the British Academy BAFTA Award. For his work in television Tom has won Emmy Awards in 2006 for Outstanding Sound Mixing on Scorsese’s documentary, “Bob Dylan: No Direction Home”, and two Emmys in 2012 for the HBO television series “Boardwalk Empire” and Alex Gibney’s Showtime documentary “History of The Eagles”.

Tom’s most recent projects include Spike Lee’s “BlacKKKlansman”, and in-depth documentaries on the life of Elvis Presley, the history of Rolling Stone Magazine, the rock-climbing documentary “Free Solo” for Chai Vasarhelyi and Jimmy Chin, Scorsese’s “Rolling Thunder Revue” and Scorsese’s “The Irishman”.

Tom lives in Nyack, NY on the banks of the Hudson River a few miles north of New York City with Priscilla, his bride of 39 years. They have 3 grown children and 4 grandchildren. In addition to his professional career in sound, Tom is also a former Captain in the Nyack volunteer fire department of which he is a lifetime member. He is also an instrument-rated private pilot (retired), past president of the Westchester Flying Club, plays and collects acoustic guitars, and plays competitive chess.

To cover these awards, pitch presenters or donate items to the CAS Awards Student Finalist gift bags or the attendee gift bags please contact Dorothea Sargent at Dorothea.Sargent@gmail.com. Or call 818.786.4744 or 310.779.6848 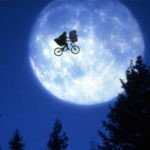 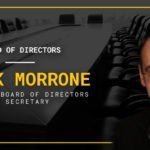