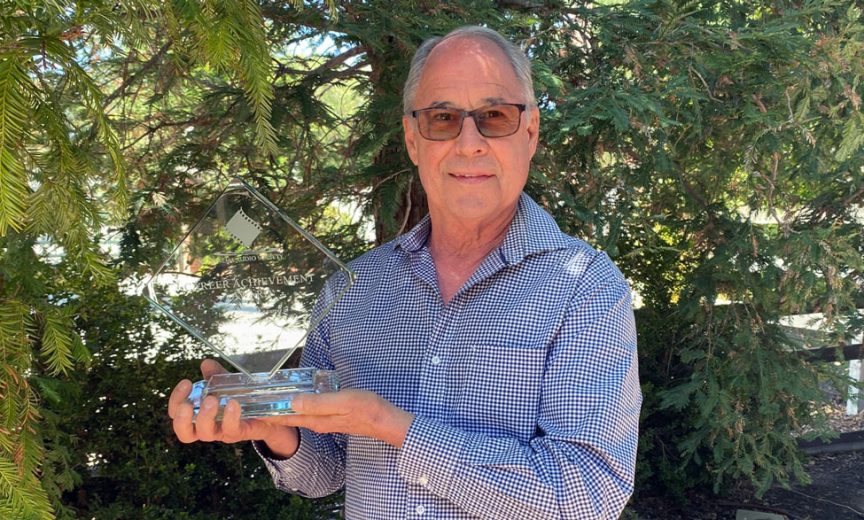 24 September 2020, LOS ANGELES—Cinema Audio Society President Karol Urban CAS announced that the organization would honor multiple CAS and Oscar® nominated Sound Mixer William B. Kaplan CAS with the Cinema Audio Society’s highest accolade, the CAS Career Achievement Award. The award will be presented at the 57th CAS Awards on Saturday, April 17, 2021, in a yet to be determined location either live in downtown Los Angeles or virtual given the current state of affairs.

“The Cinema Audio Society is delighted to bestow the honor of Career Achievement to Mr. William B. Kaplan CAS,” said CAS President Urban.  “His work consists of decades of exceptional filmmaking. Many of the fruits of his labor remain forever in our hearts and minds as exemplary works of art and staples of global popular culture. His professional journey is an inspiring tale of adventure, not unlike much of the films he has contributed to as a production sound mixer.”

Upon hearing the news that he was to receive the CAS’s highest honor, Bill said, “When I was informed that I had been selected, I was astonished. I realize how many amazing, world-class mixers the CAS could have chosen. I was immediately humbled, amazed, and thrilled. I thank the CAS for choosing me.”

Bill Kaplan grew up on the sets of MGM, where his father worked. He sat on the camera dolly watching Gene Kelly dance for Singing in the Rain, Bogart push the African Queen on stage, and Brando command the Bounty through a massive storm on Stage 30. His high school years were spent at an experimental boarding school founded by Krisha Murti and Aldous Huxley. Rebellious at the beginning and student body president in the end, he remains an executive board member of this school that turned his life around. He then attended Cal Western University, University of Arizona, USC, and UCLA, majoring in psychology and pre-med. Eventually, he was wait-listed for film school. A Hong Kong film producer saw the list and offered Kaplan a job to DP on his 35mm, Mitchell rack-over, cinemascope feature. Having no familiarity with the equipment, he accepted the position but read the ASC manual for that camera all night.

Ultimately, Kaplan received a master’s degree in film from UCLA. The eager filmmaker’s hunger resulted in shooting and recording hundreds of training films, commercials, and instructionals. He made his way to Roger Corman and New World and was DP on many low budget disco, racecar, and western films. He was eventually offered $600/week as a sound mixer, including equipment, instead of the $250/week he was making as a DP. The die was cast, and a sound mixer was born.

In 1977 John Landis hired Kaplan as sound mixer Kentucky Fried Movie. He continued with Landis for eight more films, including Animal House, The Blues Brothers, and Coming to America. Over the next four decades, Kaplan was the primary sound mixer for directors Robert Zemeckis and Tony Scott on over 20 projects. On the film Top Gun, Kaplan recorded live dialogue between actors in fighter jets traveling at speeds beyond the sound barrier. Later, given Bill’s extensive experience with stop motion, he was hired on Avatar.

Kaplan has garnered seven Oscar nominations, including Tony Scott’s Top Gun and Crimson Tide and Robert Zemeckis’ Back to the Future, Forrest Gump, Contact, Cast Away, and The Polar Express. He also has a CAS win for Forrest Gump as well as three other CAS nominations.

Bill has contributed to 155 feature films and has recorded many well-known motion capture video games. Currently, he is working on The Morning Show for Apple TV.

To cover these awards, pitch presenters or donate items to the CAS Awards Student Finalist gift bags or the attendee gift bags please contact Dorothea Sargent at Dorothea.Sargent@gmail.com. Or call 818.786.4744 or 310.779.6848