30 August 2016 Los Angeles – The Cinema Audio Society announced today that beginning with the 53rd CAS Awards the organization will honor products which enhance the daily lives of mixers by presenting Outstanding Product Awards for both Production and Post-Production.

“As Chair of the Awards Committee for the CAS, I am very pleased that we have augmented the Technical Achievement Awards that have been awarded in the past into the Outstanding Product Awards as they more succinctly express the honor and the intention of these annual awards,”

said CAS Board member Bob Bronow. “We couldn’t do what we do without so many amazing products that allow us to do our best work. It’s great so see them getting much-deserved recognition.”

These awards will honor products or workflows that have become very useful in the workplace, and are becoming established as essential tools for the mixing communities (production and post production).

The Outstanding Product Awards will be voted on by the entire CAS membership and is open to products, updates and workflows that have been released within the previous two calendar years.

About the Cinema Audio Society Awards:

The CAS previously announced that Production Mixer, John Pritchett, CAS would be honored with the CAS Career Achievement Award. 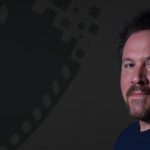