Immersive Sound: From Production to Playback

On September 6, The Cinema Audio Society, partnered with MPSE and Mix Magazine, to co-host the event “Immersive Sound: From Production to Playback” at Sony Picture Studios in Culver City, CA. The event featured a full day of activities including technical workshops, playback demonstrations, and a sneak preview of a Sony title mixed for Atmos release as well as expert panels covering the technology, distribution and creative implications of immersive sound.

The event opened with Randy Thom, Director of Sound Design at Skywalker Sound. He shared ways that we can use sound to add to the story, and not just “a decoration at the end.” Thom suggested that “we need to be more bold in the early parts of the process,” just as a cinematographer might offer input that effects how the film may move from script to production. One technique he discussed was “starving the eye;” the idea that we are more acute to the soundscape when picture is black or blurred. Thom played the opening scene of one of his earliest films, Apocalypse Now, stating, “The opening teaches us how to listen to the rest of the film.”

The two panels on creative opportunities were divided into one focusing on FX, and the other on music and dialog. Each panel offered a lively discussion on the sonic potential and workflow of this new technology.

Will Files of Skywalker Sound has found immersive environments are effective when different sounds are present in the front, middle, back, and overhead channels. Files found that static backgrounds were not as effective, bringing up the rain in Planet of the Apes, which were present through most of the film, as an example. In the film, he sometimes used as many as six or seven different sounds (such as individual raindrops on leaves) in different objects to create a realistic environment.

Scott Gershin of Formosa Group discussed his approach to objects in Dolby Atmos siting his experience on Pacific Rim. He organized objects into static and dynamic, separating objects that moved from ones that didn’t need to. He said, “The ceiling is only one component to the overheads. I could put different reverbs in different channels to create an immersive effect.”

Mark Stoeckinger also of Formosa Group discussed an upcoming film project, The 33, about the Chilean miners who were trapped underground in 2010 for 69 days. He said the film naturally lends itself to the use of overhead speakers. “It’s an interesting prospect to use overheads to experience the film as the miners did.”

Marti Humphrey, CAS of The Dub Stage said that he has the same enthusiasm for immersive sound that he did in 1982 when he did his first 5.1 mix. Humphrey has found that while working in Auro-3D, he can place music and ambiences in the upper speakers, freeing up the lower speakers for dialog. “I’m not fighting as hard to get the sounds I’m looking for,” he said.

Scoring mixer, Dennis Sands, CAS, who has mixed music scores in Dolby Atmos, spoke about how the style of music can impact where it sits in the soundspace. He explains “Lyrical music can come off the screen comfortably. But, if you have big, powerful and driving music, it can lose the impact [placed off the screen].” Sands is still experimenting with extra mics during tracking to use in the height channels reporting that overhead mics have made orchestras sound smaller, so far.

Finally, Andy Nelson, CAS of 20th Century Fox warns that if you pull the music too far off the screen, it gives the sensation that it is no longer apart of the film. “Just because you can do it doesn’t mean that you have to” he advises. “Immersive sound” he summarizes “is about story-telling.”

The technical panels included representatives from Warner Bros, Sony, Auro Technologies, DTS, Dolby, Yamaha and Fairlight. Some of the difficulties discussed with immersive sound installations include the cost and time associated with retrofitting stages. There are indictive complications from adding speakers and amplifiers to an existing room, especially if the stage is active during the upgrade. It was suggested that the experience of adding height speakers was like “adding a dance floor to the ceiling.”

John Kellogg of DTS also brought up the cost to theaters to integrate these new technologies siting a Wall Street Journal article that reported film viewer statistics. He points out that “As we move ahead with immersive audio, we have to be cognizant that exhibitors are looking for a value proposition”.

A common theme that continued to emerge amongst both the technical and creative panels was the need to gain an consumer demand for immersive sound. “To mix in an immersive sound environment is always going to sound better,” Andy Nelson said during his panel. “But right now, we’re mixing for 1 or 2%. The key is we’ve got to get more theaters equipped in the world. We have to get the audience excited.” Projects that are specifically suited to immersive audio mixes will help the cause. Nelson described Gravity as “a blessing” to immersive sound. “We want to give a reason for a film to be special – a powerful reason for it to be seen in a theater,” he said.

Another common topic across the panels was the time spent on deliverables verses mixes as a result of delivering multiple formats. Scott Gershin said he still prefers to budget time for a 5.1 or stereo mix instead of doing each downmix in one day. Gershin explains that “A film may only be in a Dolby Atmos theater for 8-12 weeks.” “A lot of people will see it in 5.1, and it’ll probably be in digital download for life.” Mixer Ron Bartlett testifies to this adding that he sometimes spends as much time on the deliverables as the mix.

Finally, the event offered attendees the opportunity to hear demos of Dolby Atmos, DTS MDA, and Auro-3D in Sony’s theaters, and to sample gear from the conference’s other sponsors.

The Cinema Audio Society would like to thank all it’s partners and co-sponsors for the event. An interesting and informative day was offered to everyone in attendance. 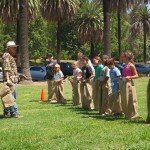 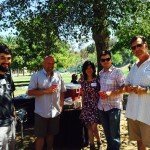