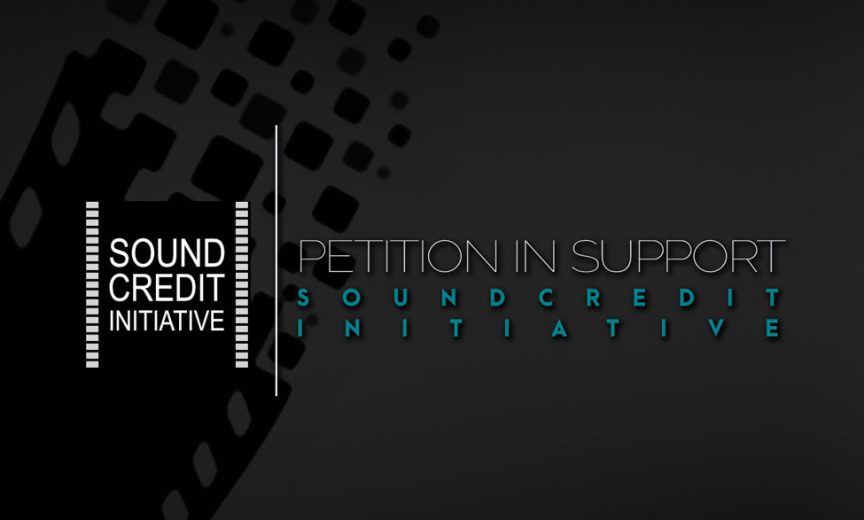 26 October 2020 – During these difficult times the CAS board have been working with other organizational leaders to future the interest of our community.
We have been working towards equal onscreen recognition for the sound departments with the other creative department leads.
After many months of discussions, on August 3rd 2020 the below open letter was released to the public. We are now seeking the support of individuals in the entertainment community who believe in our efforts and will seek to uphold them in their personal business practices.
We encourage you to join the petition at http://soundcreditinitiative.org/ 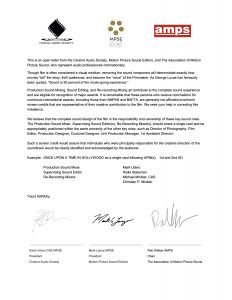 CAS President Karol Urban explains, “From production through post-production, sound professionals contribute to creative storytelling and the elevation of the audience’s experience. This initiative allows filmmakers and studios to recognize their sound department’s importance in a film’s overall success.”

AMPS Chair Rob Walker comments, “Sound teams create 50% of a movie and win awards for their creative contribution, but they are positioned far down the list of credits. This initiative is a move towards representative credits. It’s time to give fair credit where it is due”.

And MPSE President Mark Lanza added, “While there is a technical aspect to sound for film, the overwhelming majority of what sound people do is creative. Sound is visceral. It tells the audience where we are, focuses the audience on what we want them to feel, and leads them through an elaborate illusion. The people creating these works are amazing artists and should be addressed as such.”

CAS Member and integral part of this movement Chris Munro CAS Commented: “We talk about seeing a film or watching a movie. If you try watching a movie with the mute button enabled, you soon realize that we don’t just ‘watch’ but enjoy films for the immersive experience that sound helps to create. Not giving equal on-screen credit to sound creatives alongside those who create the visuals gives the impression that our industry is stuck in the silent movie era.”

We encourage you to join the petition at http://soundcreditinitiative.org/ 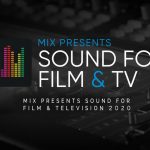 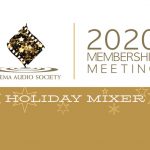