Los Angeles, 30 August 2016 – The Cinema Audio Society is pleased to be participating together with the Motion Picture Sound Editors as event partners with MIX Magazine for the 3rd Sound for Film Event. This year’s theme is Sound for Film and Television: Merging of Art, Technique and Tools.

“We are excited to once again be an Event Sponsor together with the MPSE for this event and we have secured a substantial discount for our members who wish to attend,” said CAS President Mark Ulano. “We are very excited to be presenting both the panel on Workflow for Musicals as well as the CAS Parade of Sound Carts during this event.”

The event, held for the third year on the Sony Lot, will feature the ever-popular CAS Parade of Sound Carts in the iconic Barbra Streisand Scoring Stage. Top production sound mixers will showcase their sound carts and top manufacturers will be on hand to introduce and demonstrate the latest in wireless, microphone and recorder technologies.

The CAS will host the panel: Workflow for Musicals in Film and Television Production. This panel, moderated by Glen Trew, CAS, will focus on live recording and other techniques for giving musical productions a more organic sound than in the past. Panelists will include: re-recording mixer Gary Bourgeois, CAS; production mixer Phil Palmer, CAS; music editor David Klotz; Pro Tools music recording and playback Gary Raymond and others.

This event is a unique opportunity to learn from the best minds in sound, Mix Presents Sound for Film has attracted overflow crowds in each of its first two years. “It’s a chance for sound artists to network, exchange ideas with their peers, and learn about new and emerging sound technologies in a friendly and intimate setting,” said MPSE president Tom McCarthy. “If you are passionate about sound, this is a can’t-miss event.”

The MPSE will host a panel discussion titled “Sound Inspiration within the Storytelling Process.” Leading sound designers and editors will talk about creativity in sound and discuss moments when sound becomes the driving factor in the story. Panelists will include Will Files, MPSE; Mark P. Stoeckinger, MPSE; Paula Fairfield, MPSE; and Ben L. Cook, MPSE.

“Building an Immersive Room: Small, Medium and Large” will feature a panel of engineers, studio designers and system integrators. They will describe current requirements for building a recording stage capable of producing a compelling immersive soundtrack.

Other features will include:

For more information and to register: 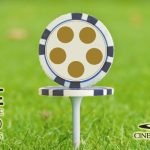 Next Story:
Cinema Audio Society to introduce and present Outstanding...