Many in Post Production are mourning the tragic loss of Peter Gleaves AMPS, who sadly died recently after a short illness. Peter, Senior ADR Mixer at Goldcrest in London, was one of the most popular ADR Mixers in town. With over 450 titles on IMDb, Peter has been the all too often unsung hero of Dialogue Post Production, with his work seamlessly incorporated in this vast number of film and television soundtracks.

Peter was nominated three times for an Emmy, and four times by CAS, including this year for ‘Sherlock – The Lying Detective’, and was a winner for ‘Sherlock – His Last Vow’ in 2015. He also won the ASSG Award in 2017 (Australian Screen Sound Guild) for his work on ‘Hacksaw Ridge’.

Dialogue/ADR Supervisors and Re-Recording Mixers worldwide were always reassured when they learned Peter would be recording the ADR. His friends and colleagues have described Peter as talented, patient, kind, generous and a true gentleman who exuded warmth. Peter will be deeply missed by all who knew him. He is survived by his loving family – Louise, Olivia, and Toby. 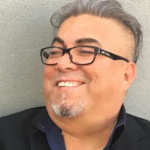 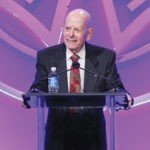