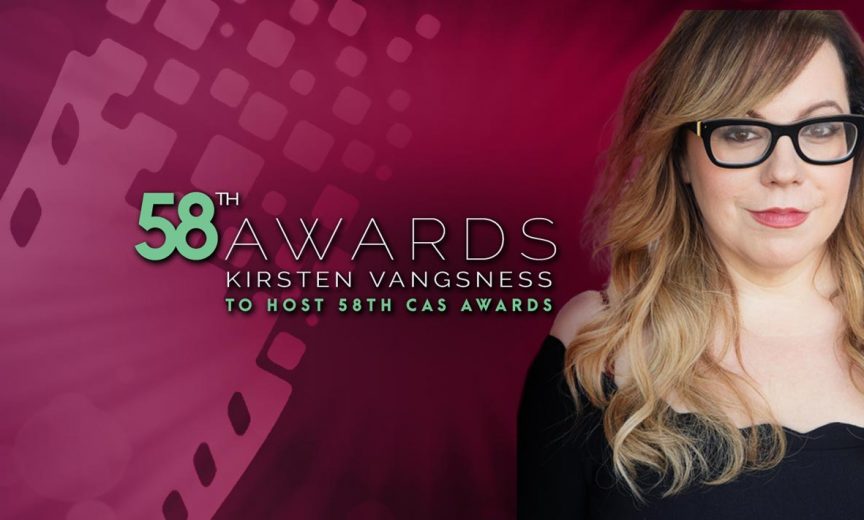 Los Angeles, February 23, 2022 – The Cinema Audio Society (CAS) is proud to confirm that the talented multi-hyphenate actress/comedian/writer/playwright and distiller Kirsten Vangsness will host the upcoming 58th CAS Awards in Los Angeles on March 19.

“The Cinema Audio Society is elated to have Kirsten Vangsness return as our award show host. Her special brand of quirky cerebral brilliance and humor is the perfect complement to our return to a physical show,” said CAS President Karol Urban.

Vangsness is best known for playing tech-kitten Penelope Garcia on the 15 seasons of the CBS crime drama “Criminal Minds,” where she also co-wrote 5 episodes. She has performed and created many theatrical productions, including “Mess” and “Cleo, Theo, & Wu,” both featured at the 2019 Edinburgh Fringe Festival. Her animated short “Curtains” is a film festival darling, and she can be heard as “Nico” the lovable lesbian fox alien in “Voyage to the Stars.” Kirsten is the creator of the YouTube series “Kirsten’s Agenda,” which is about art and self actualization. She is the recipient of the HRC Visibility Award, the Open Fist Excellence in Arts Award and the L.A. Drama Critics Circle Award for Best Actress. A monkey enclosure is named after her at the Wildlife Learning Center in Sylmar, CA. In her spare time she leads spirit tastings at Santa Ana’s Blinking Owl Distillery, which she co-owns. Learn more about her goings-on at kirstenvangsness.com.

“I am ever so thrilled to be the Headmistress of Ceremony for the people who make sure we hear the sounds we are supposed to and not hear the ones we are not,” said Vangsness. ”This is an evening where we celebrate the royalty of cacophony, harmony and room tone, and I am HERE FOR IT.”

After a virtual event in 2021, the 58th Annual Cinema Audio Society Awards returns as a live event on Saturday, March 19, 2022 in the Wilshire Grand Ballroom at the InterContinental Los Angeles Downtown. Legendary director and producer Sir Ridley Scott will receive the Cinema Audio Society Filmmaker Award. Re-recording mixer Paul Massey CAS will be honored with the CAS Career Achievement Award. During the evening’s festivities CAS members and celebrity presenters will announce award winners for Outstanding Achievement in Sound Mixing for 2021 in seven categories, along with two Outstanding Product winners and the recipient of the Student Recognition Award, which is generously co-sponsored by Blackmagic and DTS. An after party, sponsored by Smart Post Sound, will take place immediately after the award ceremony.

Tickets for the 58th CAS Awards are now available via the CAS website. The ticket purchase deadline is March 11.

On the evening of the awards, the Cinema Audio Society website will update in real-time as the winners are announced: https://cinemaaudiosociety.org.

Note to editors and publicists:
We are taking submissions for award presenters and items for the student finalist and member gift bags. The gift bags offer an opportunity to promote goods and services directly to the sound mixing community. Additionally, we are now accepting media credential requests. The deadline to reserve a spot is Feb. 28. Please contact vika@ebcoms.com. 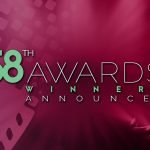