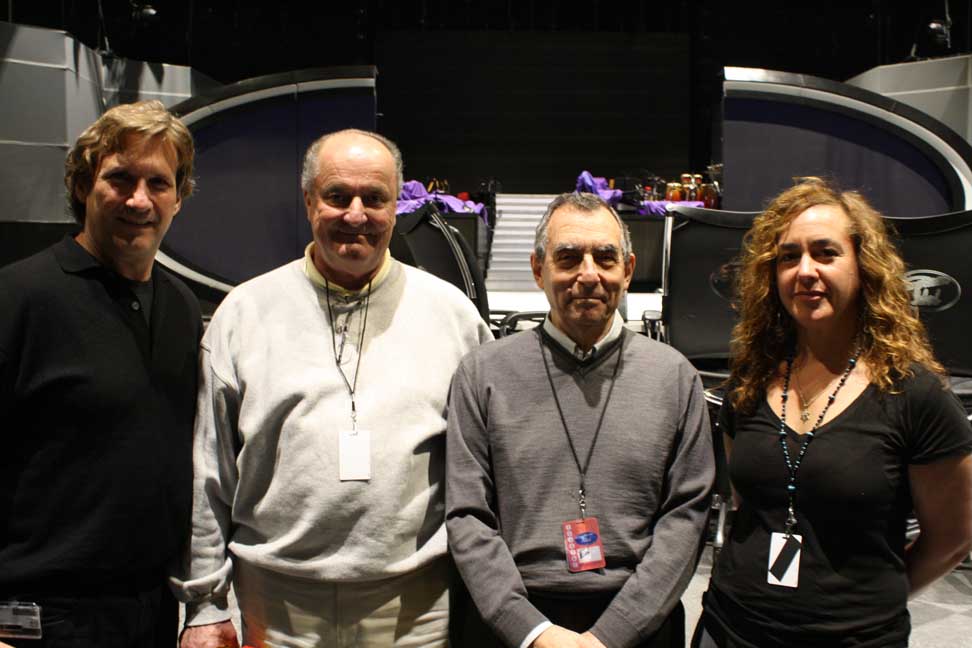 Thursday, on the stage of American Idol at CBS Studios, the Cinema Audio Society hosted a workshop on the subject of live broadcast sound mixing. Leader of the workshop was Ed Greene, CAS, who first shared his expertise on the subject in the context of his current work on American Idol. Greene was accompanied by David Bellamy, president at Soundtronics Wireless and audio assistant on American Idol, Debbie Fecteau.

“I was fortunate enough to collaborate with Ed on several music projects early on in my career,” said CAS president, David Fluhr. “I learned so much from Ed. I’m so grateful for that.”

Dozens of CAS members, made up primarily of audio professionals from within the industry, attended the workshop to learn from Greene’s decades of experience. Greene’s career today has its roots in the music industry, having worked with the likes of Sammy Davis Jr., the Osmond siblings and Lou Rawls. Greene’s work with musical acts that occasionally had shows and performances on television led him to fill a gap between music engineering and production. Today, he is regarded as something of a guru in the field of audio mixing for live television broadcast.

“The secret to whatever my success is, is to work with the best people I can find, and let them do their job,” Greene said.

Workshop attendees were eager to ask questions and engage Greene, Bellamy and Fecteau. Many of the attendees work in film and television, but few of them seemed to have had many opportunities to work live.

Greene briefly explained some of the expectations of producers he works with and how the product often appears at the end of the day.

Photos by Jason Cox/Below the Line. 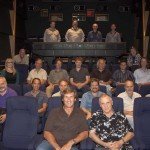