STEPHEN TIBBO JOINS THE CINEMA AUDIO SOCIETY BOARD OF DIRECTORS

Tibbo will be filling the seat left vacant by Glen Trew. “The CAS board of directors is pleased to add Stephen Tibbo CAS. He is already a generous contributor to the CAS as the chair of our Publications Committee working closely with Matt Foglia CAS, the editor of the CAS Quarterly,” said CAS President Karol Urban. “His unique perspective and experience working within both the production and post-production community will be a great asset.”

Stephen A. Tibbo, CAS is a production sound mixer and re-recording mixer.  He is a member of both local 695 and local 700.  Stephen currently works on the television show “Modern Family.” In addition to his work on set, Stephen works as an ADR and re-recording mixer on feature films and television. He has won three Primetime Emmy Awards and five CAS awards for production sound mixing. 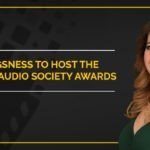 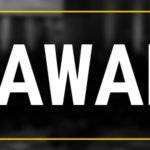