“The Cinema Audio Society is delighted to honor James Mangold.  His ability to create various quintessentially stylized worlds that appeal to a large mélange of audience makes him an expert storyteller,” said CAS President Karol Urban. “He is a unique talent who has written, produced, and directed a large variety of genres and formats that have garnered him many awards including our own CAS Award for Outstanding Sound Mixing for his film ‘Walk the Line’.”

James Mangold (Director, Producer) is an Oscar-nominated writer and director whose work defies easy categorization. Leapfrogging from Sundance indie to cop noir, psychological drama to romantic fantasy, pulp horror to musical biopic, traditional western to round the world caper, two films starring a beloved Marvel hero, and now, with his tenth feature, “Ford v Ferrari”, Mangold continues to expand his repertoire while keeping constant the humanist themes, intimate moving performances, striking imagery and staging that have come to define and unify his work. Award-winning films Mangold has written and directed include “Heavy,” “Cop Land,” “Girl Interrupted,” Walk the Line,” “3:10 to Yuma,” and “Logan”.

The CAS Awards will honor Outstanding Achievements in Sound Mixing in seven categories for film and television, as well as present the CAS Student Recognition Award.

The Cinema Audio Society, a philanthropic, non-profit organization, was formed in 1964 for the purpose of educating and informing the general public and the motion picture & television industry that effective cinematic sound is achieved by a creative, artistic and technical blending of diverse sound elements.

On the evening of the awards, the Cinema Audio Society website will be updated in real-time as the winners are announced. https://cinemaaudiosociety.org/

To attend and/or cover these awards, pitch presenters or donate items for the attendee gift bag and/or the special Student Finalist Gift bags please contact Dorothea Sargent at Dorothea.Sargent@gmail.com  or call 818-786-4744 or 310-779-6848. 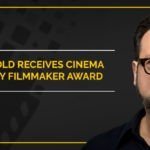