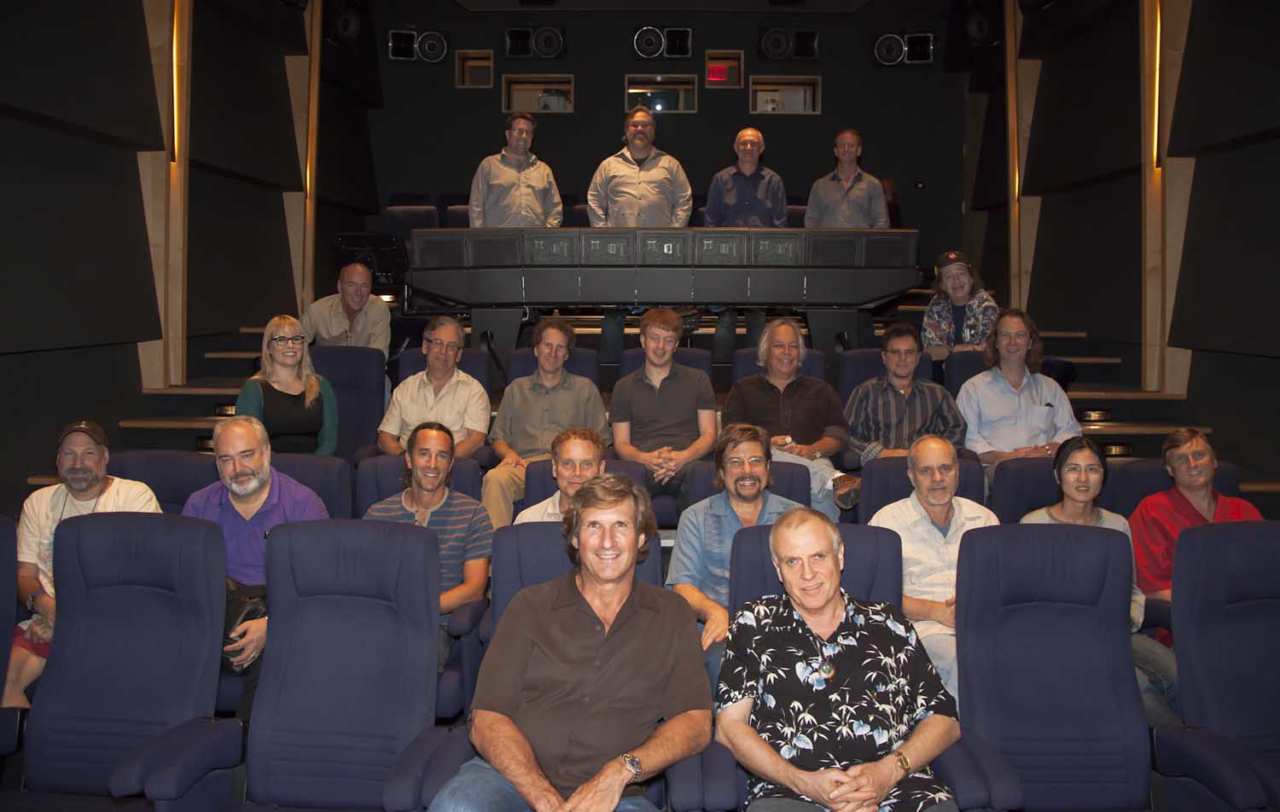 Designed to help bring audiences back into theaters, Dolby Atmos is the most exciting innovation in cinema audio to be introduced since surround sound. Redefining the surround sound experience, it creates an immersive sound field by placing additional speakers overhead, giving filmmakers a new tool for artistic expression and powerful storytelling.

After having the opportunity to hear the emerging technology, David Fluhr, president of the Cinema Audio Society (CAS), arranged for a select group of CAS members to attend an Atmos seminar and reception hosted by Steve Venezia of Dolby Labs. “The most exciting thing about this advance are the creative possibilities,” said Fluhr. “As sound artists, it opens the door to do things that have never been heard before… and brings people more into the experience.”

Atmos is a fundamental shift in the way audio is not only mixed, but also received inside theaters. It is a huge change compared to the upgrade from 5.1 to 7.1. Dolby Laboratories has been working with professionals throughout the movie industry on this next generation surround sound format, which builds on 5.1 and 7.1 by creating a hybrid channel-based and object-based mix. In addition, it places additional speakers overhead, providing an upper hemisphere of sound that has been missing from films.

Although the current channel-based system of sound can give the sensation of movement, it doesn’t have precision of movement. “The fundamental shift in what’s happening is that now we’re migrating away from channels,” said Stuart Bowing of Dolby. “The ability to move the sound through the room with objects, creates this precision movement which is referred to as a pan through array.”

This layered approach to sound design, gives filmmakers the ability to precisely match the audio to the action on screen by allowing them to control the placement and movement of distinct sounds in relation to the audience. A sound can be placed in any speaker including the overhead arrays. For instance in a crowded restaurant scene, individual conversations at various tables can be replayed through different speakers as point sources from different locations in the room, while still maintaining an underlying bed of ambiance to achieve an almost hyper-real effect.

Although the developers of Atmos believe that channels are still useful and efficient in terms of consoles and ambiances, they wanted to get into the concept of objects. “An object is any sound that you want to be able to move independently of the traditional left surround array or right surround array,” explained Venezia. “You are going to be able to pan it through and actually isolate it in any one spot of the room, in any one speaker or move it independently around the room regardless of how the channels themselves relate.”

An Atmos sound track includes a base layer of channels referred to as beds. A bed is a channel-based mix, much like a regular mix today, but without the objects married into those beds. Dolby has increased the channel base in terms of the number of channels supported. Legacy 5.1 and 7.1 are still supported, but they have added 9.1 by adding two overhead arrays, left overhead and right overhead. From an object standpoint, every speaker in the room is individually addressed, allowing the sound to be placed in any single speaker as well as moving and panning the sound through speakers around the room. The objects are delivered along with the bed-mix as a single soundtrack. “Along with every object channel, we carry positional metadata so that the cinema processor knows how to play that sound out – either where it is or how it wants to move,” Venezia explained. “In terms of what we are delivering today, we are able to deliver up to 128 simultaneous objects. That’s a self-imposed limit. If there’s a need to have more objects, the format’s certainly capable of growing.”

With this new advance, Dolby enters the postproduction chain at an earlier point, working with directors and sound designers to identify which audio elements are best suited for Atmos. Those elements are then kept separate from the surround beds and prepared as objects for placement in the format.

To make the learning curve easier for mixers, Dolby will provide a Pro Tools plug-in for the familiar interface. David Gould demonstrated the plug in, which has two madi connections, as well as 128 discreet outputs and an ethernet connection leading into the render mastering unit (RMU). The plug-in is inserted on a mono Pro Tools track. It sends metadata about the placement and movement of the object to the RMU via the Ethernet connection. The RMU does the panning. The program contains a monitor application that depicts a three dimensional representation of the room from different views and shows how an object moves around within the room. The program provides metering, feedback, and update information on room configuration, inputs, objects and bed channels. “The addition of height brings interesting challenges from a mixing perspective,” Gould commented. “Suddenly you have more than two controls. How do you actually integrate height?”

To aid mixers, Dolby has incorporated both a height on-off mode, as well as height pre-sets that make it easier to move objects around the room. Still under development, Dolby is integrating feedback as part of the ongoing process.

Atmos is adaptable over a range of theater configurations independent of size, geometry or seating arrangement. The metadata, which dictates how the various audio elements behave during playback, is embedded in the Atmos record when it is created during print mastering. It creates a single delivery file for inclusion on a film’s DCP that incorporates all audio information including traditional surround sound deliverables. This metadata is read by a cinema processor that recognizes the room’s configuration, programmed into the processor at installation. It then renders the audio to optimize playback based on both the acoustic performance of that specific room and dimensionally as to where the mixer intended the sound to be placed within the room. It also preserves the director’s intent, giving theater-going audiences an experience that is faithful to the filmmaker’s vision.

With the new format, Dolby is promoting higher quality surrounds. Manufacturers are working to come up with lighter, higher quality speakers, making it easier to install overheads. Assisting with quality control in the theaters, Dolby will calibrate the rooms. Once installed, the cinema processor will be able to recognize problems in a room and send out an email notification. The repairman will know what the problem is in advance. In addition, the system will have the ability to render around a problem such as a bad speaker.

The technology is currently being tested at select theaters, such as the ETX room at the AMC Burbank and Disney‘s El Capitan. The commercial cinema processor will be available next year.

The seminar was held at the Dolby Theater in Burbank, which was used as a research room for Atmos. Already set up for surround sound, two more speakers near the screen and overhead arrays were added. Going by all they learned about optimizing a room during the experimentation process, Venezia admitted that the number of speakers in their theater was a bit of “overkill,” but to a room full of mixers, the audio was to definitely to die for.

Article Written By: Mary Ann Skweres at Below the Line
Photo By: Ana Gilbert Photography 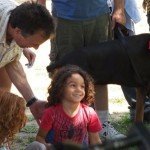 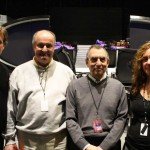