Los Angeles 17 December 2019– The Cinema Audio Society announced today the talented multi-hyphenate actress/comedian/writer/playwright and distiller Kirsten Vangsness has been tapped to serve as host of the upcoming 56th CAS Awards.

“Kirsten Vangsness is an incredibly experienced and charismatic host. She always leaves me laughing and feeling great! The CAS is delighted to have her hosting the 56th Annual CAS Awards”, said Awards Committee Chair Bob Bronow CAS. “Her fearlessness and humor are intoxicating.”

For the past fourteen years, Vangsness has been widely known as the bespectacled-brainiac-tech-kitten Penelope Garcia on the CBS hit drama “Criminal Minds” (and its spin-off “Criminal Minds: Suspect Behavior” and “Criminal Minds: Beyond Borders”). She has long been a fan favorite, beloved for her vibrant personality and quirky style. She returned as Garcia for the 15th and final season of the show, which airs as part of the 2019-2020 television year.  She’s co-written five episodes for the procedural series, including the series finale, alongside showrunner Erica Messer.

In addition to “Criminal Minds,” Kirsten can also be seen in season three of the weirdly wonderful web series “Pretty” and season two of the web series “Vampire Mob.”  Other film appearances include “The A-List”, “Scream of the Bikini”, “In My Sleep “, and “The Chicago 8”.

Three years ago she and her two business partners opened Blinking Owl Distillery, the first craft distillery to open in Orange County. Vangsness is originally from Porterville, CA and graduated from California State University, Fullerton. She currently resides in Los Angeles.

ABOUT THE CAS AWARDS:

The Awards will be presented at a sealed envelope dinner on January 25th in the Wilshire Grand Ballroom of the InterContinental Los Angeles Downtown. During the awards, the highest honor of the CAS, the CAS Career Achievement Award, will be presented by Martin Scorsese to Re-recording Mixer Tom Fleishman CAS. The CAS Filmmaker Award will be presented to James Mangold.  The Student Recognition Award winner will also be named. 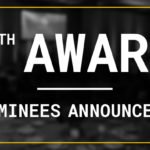 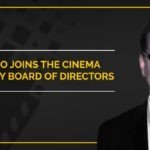 Next Story:
STEPHEN TIBBO JOINS THE CINEMA AUDIO SOCIETY BOARD OF...