The sound team of EL CAMINO from production through post discuss the sound of the film!
Below you can watch a recording of the panel and see info about the panelists from the event.
About the Speakers

Marti is a Board Member of The Cinema Audio Society, and former two-time Secretary of the Society.

He is a 40 year veteran Re-Recording Mixer who handles Dialog and Music. As President of “The Dub Stage” in Burbank he has been first to offer Immersive Sound Mixing for Cinema and Television in Pro Tools at his facility

in various formats such as DTS X, IMAX 12.0 and Dolby Theatrical and Dolby Home Theater Atmos with his 49-speaker Meyer Acheron system. Marti is also a multi Emmy Award winning Mixer and passion for Sound is what motivates him to be part of these exciting CAS sponsored events..

Larry moved to Los Angeles after graduating Emerson College in Boston with a degree in Mass Communications, majoring in TV and Film.

He started as a recordist, then a sweetening mixer and eventually worked his way around town to the dub stage. He’s now based out of Formosa Group with his mix partner Kevin Valentine.

Nick Forshager has always loved the excitement and creativity of film making. Throughout his career as a supervising sound editor, he has used sound to create an artistic and purposeful soundtrack.

His recent projects include El Camino, a Breaking Bad Movie, Breaking Bad, Better Call Saul, Ozark and the upcoming Coyote for the Paramount Network. Nick has worked in sound for over thirty years and has been president of Wildtracks, his sound production company, for over twenty years.

Nick has been recognized for his talents with an Emmy win and six nominations, as well as three Golden Reel awards and eight nominations.

Phillip worked his way up the ranks of Sound Utility and Boom Operator beginning in 1988 and has been a Production Sound Mixer since 1999.

He is the Treasurer of IATSE Local 695 and the former Vice President of the Cinema Audio Society. Palmer’s resume shows a wide range of work of Feature Film, Television and streaming.

He was the Production Sound Mixer on the Netflix feature El Camino, A Breaking Bad Movie. His work on all 5 seasons of Better Call Saul has aired on AMC, 6 seasons of Glee on Fox, The Politician on Netflix, and is currently mixing The Old Man for FX/Hulu starring Jeff Bridges and John Lithgow.

Todd Toon has been lending his creative talents to motion picture soundtracks for over thirty years.

He received his BFA from CalArts in 1987, where his work-study job in the film school sound department helped him land a position with Danetracks. After climbing up the ranks to become a Supervising Sound Editor, Toon relocated to Disney Studios where he was based for 17 years.

In 2013 he joined Formosa Group as a member of their Features division. In addition to “El Camino”, his recent credits include “Togo”, “Late Night” and the upcoming release, “The Christmas Chronicles: Part Two” for director Chris Columbus.

Kevin found his love of sound at the age of 13 when he started playing drums, and still plays today.

Born in Ohio, he moved to LA to hone his music career. His on-going career in drumming encompassed bands such as KISS, Peter Frampton, and Lou Gramm of Foreigner, some of his rock heros. Simultaneously, he was engineering in the studio and working live sound, most notably for KISS.

He took a post-production course at TODD-AO and jumped into a night assistant job at Laser Pacific. He quickly found himself working as a re-recording mixer, and has now worked at Laser Pacific, SmartPost, and he joined Formosa Group in 2018. With over 20 years as a mixer, he is up to about 70 shows and movies, and has many reputable works under his belt such as El Camino and all seasons of Ozark, Better Call Saul, & Legion.

A Production Sound Mixer, and a IATSE 695 Executive board member with a passion for organizing and educating the local production sound community. 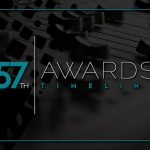