“AMERICAN CRIME STORY: THE ASSASSINATION OF GIANNI VERSACE (PART 1) THE MAN WHO WOULD BE VOGUE”, “THE MARVELOUS MRS. MAISEL: VOTE FOR KENNEDY, VOTE FOR KENNEDY”, “MOZART IN THE JUNGLE: DOMO ARIGATO” AND “ANTHONY BOURDAIN: PARTS UNKNOWN (BHUTAN)” SCORE TELEVISION HONORS

Held in the Wilshire Grand Ballroom of the InterContinental Los Angeles Downtown, the event, attended by a record crowd of over 650, was hosted by comedian Michael Kosta. Awards were presented in seven categories for Outstanding Sound Mixing Motion Picture and Television and two Outstanding Product Awards. The evening saw outgoing President Mark Ulano, who has termed out, transfer the gavel to the previously announced newly-elected President Karol Urban, CAS.  Steve Venezia, CAS was elected Treasurer, and added to the board were Amanda Beggs, CAS, Mary H. Ellis, CAS, Onnalee Blank, CAS and Michael Minkler, CAS.  For the full Board of Directors, press please visit the CAS website.

The professional contributions of production sound mixer Lee Orloff, CAS were recognized as he received the CAS Career Achievement Award. Orloff’s award presenters sound mixer Chris Noyes and director Dean Parisot spoke of the passion and integrity Orloff has demonstrated in a career that spans 35 years and nearly 80 film and so many collaborations with notable directors.

In his presentation of the President’s Award to Foley mixer MaryJo Lang, CAS President Mark Ulano praised her extensive career and her contribution to the success of many Foley mixers in attendance, as well as her commitment to the sound community.

The Sound Mixing team of “American Crime Story: The Assassination of Gianni Versace (Part 1) The Man Who Would Be Vogue” took top honors for Television Movie or Limited Series.   Television-One Hour honors went to “The Marvelous Mrs. Maisel: Vote for Kennedy, Vote for Kennedy”, while “Mozart in the Jungle: Domo Arigato” won the award for Television Series-Half Hour. “Anthony Bourdain: Parts Unknown (Bhutan)” won for Television Non-Fiction, Variety or Music Series or Specials.

Anna Wozniewicz a student at Chapman University, Orange, CA was awarded the CAS Student Recognition Award and presented with a check for $5000.  The other four finalists were each given a check for $1000.  These cash awards are doubled from previous years because of the enthusiastic financial support of AATON-Digital and IMAX as co-sponsors of the award.   Additionally, the students received gift bags with a variety of both production and post-production products to help launch their careers in sound thanks to the support of 17 very generous companies.

The CAS Outstanding Product Awards for 2018 were presented to Dan Dugan Sound Design for their Dugan Automixing in Sound Devices 633 Compact Mixer for Production and iZotope, Inc. for their RX7 for Post-Production.

The Cinema Audio Society thanks the 55th CAS Awards Sponsors and Partners: 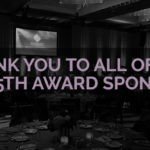 Previous Story:
THANK YOU TO THE CAS 55TH AWARD SPONSORS 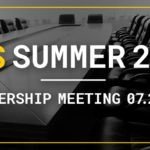